A Last Look Back!

Just when we thought that Robin Hood was all but behind us – at least for this year – another delightful review popped up in the September issue of Prospect! 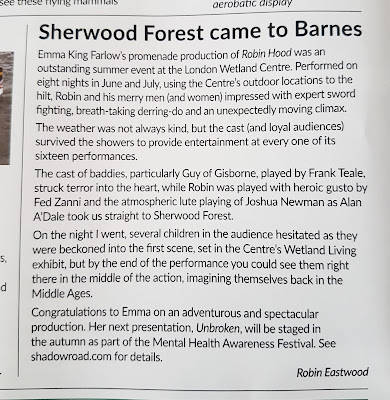 Many thanks to Robin Eastwood for her very kind words about the show – we’re delighted that you enjoyed it, Robin! :-)

Our final 2016 Robin Hood-related gathering also took place earlier this month, when a small group of cast and crew members met back at the London Wetland Centre for a picnic lunch with a couple of our generous crowdfunding campaign supporters at one of the play’s locations.

The weather was fairly inhospitable, to say the least – but then, given the many turbulent meteorological experiences that we ‘enjoyed’ there throughout both the show’s rehearsals and the run, it wouldn’t really have been a proper ‘Robin Hood at the Wetlands’ event if it hadn’t been!

The brilliant Henry Weston took this photo – a lovely memento – towards the end of an afternoon filled with plenty of good food, great company, fun, laughter, trampoline tennis, ring toss and, of course, rain! :-D 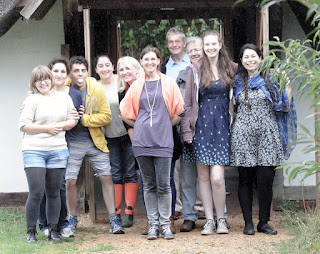